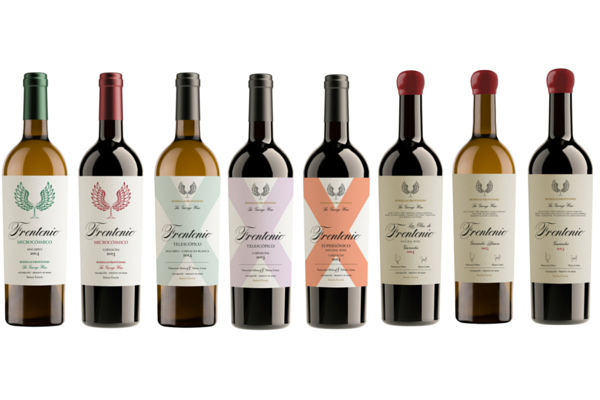 Frontonio is named after Saint Frontonio, the patrón saint of Épila, a town in Valdejalón, North-East Spain, where the wines are produced. Legend has it that Saint Frontonio was beheaded by the Romans and his head was thrown into the River Ebro near Zaragoza. Miraculously, his head was later found going upstream along the banks of the River in Épila. An apt name for this limited production wines from a micro-winery that also goes against the tide, using only grapes from 35ha of low-yielding, un-irrigated vines from an almost unknown area – I.G.P. Valdejalón, vinified with the minimum of fuss using traditional foot pressing and indigenous yeasts, in concrete tanks in a garage in Épila, Aragón. Also something of a miracle.

There are several tiers to the range:

Each wine has a distinctive personality, reflecting the desire of Fernando and his associate Mario López to show “The 1,000 facets of the garnacha grape” and to “Raise awareness of I.G.P. Valdejalón, and Aragón as a whole, as a source of high quality wines and not just volume.”

The new packaging gives a more premium image to the range, which is already exported to over 18 international markets via Long Wines.

For more information on the range contact the team at Long Wines.