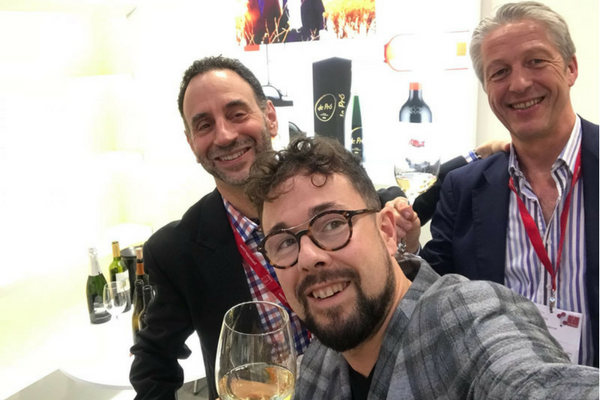 A big thanks to all our clients, suppliers and other contacts who stopped by our stand at ProWein this year, you left us with a very warm feeling, despite the snow and ice outside! As part of the ICEX Spanish pavilion we were very glad of the few extra centimetres that meant that the stand didn’t feel quite as packed as previous years. That’s not to say we weren’t busy, in fact, we had more back-to-back meetings than ever before and we ended Tuesday with very few bottles of wine to ship back to Spain!

William Long, Fernando Mora MW, Martina Klingbeil and Fernando Mariñas were on hand this year to welcome visitors and take them through our new launches  that included Puerto del Monte, our new red wine from Bierzo, RaR, an unusual and personal Priorat made by Scala Dei winemaker Ricard Rofes and the Estancia del Silencio organic Monastrell bag-in-box.

William said it was a particularly successful fair despite the weather that caused some travel problems on the Sunday: “This year we took a smaller, but very carefully tailored selection of our award-winning wines in the popular premium to icon ranges, allowing us to concentrate on providing the right product for each market from within our core portfolio. There was a lot of interest in our new products – Rar, Puerto del Monte and Chispas Apasionante – as well as in the Chispas range of varietals from DO Campo de Borja.” 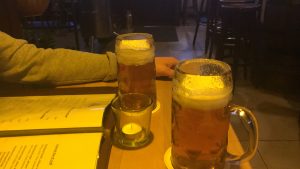 When in Düsseldorf…a preparatory beer before ProWein 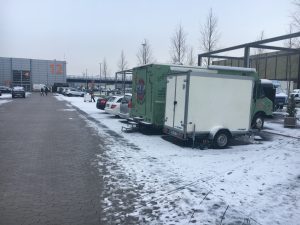 It was a particularly chilly ProWein this year 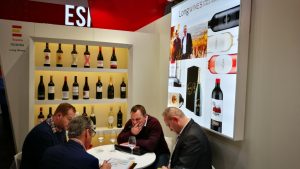 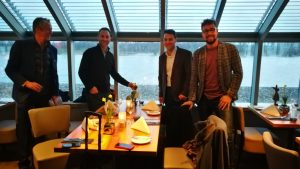