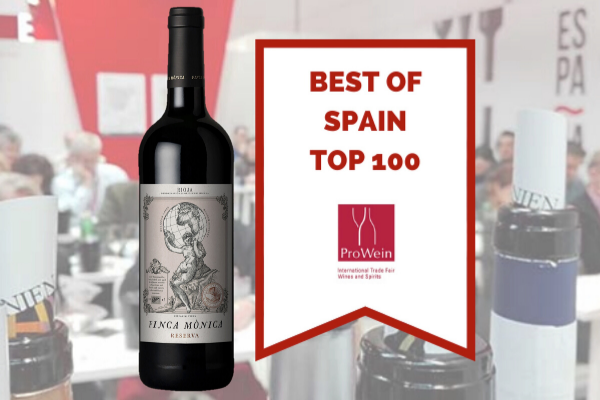 The recently launched Finca Mónica Reserva 2015 has been awarded the top score of “Three Toros” in the Best of Spain ProWein 2020.

The wine was judged alongside another 343 wines from 126 wineries that will be present at ProWein by a panel of journalists, sommeliers, educators and other experts at a tasting organized by German editorial house, Meininger.

The wine will be among the Top 100 wines available in the Best of Spain 2020 tasting area in the Spanish Pavilion at ProWein this year.

It will also feature in Meininger magazines Weinwirtschaft and Wine Business International.

Proving that it offers exceptional value for money, Finca Mónica Reserva 2015 was one of only eight wines priced under 6€ ex-cellar to be awarded the top score of three Toros.