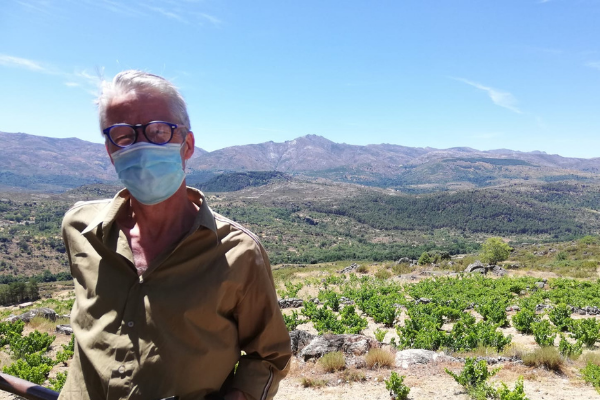 2020: An unforgettable vintage in Spain

2020 will certainly be a year that we all remember, and in terms of Spanish wine, it will be not only for the challenges that Covid-19 presented in terms of manpower, but also for mildew, a fungal disease that is relatively unusual in most parts of Spain as it flourishes in damp, rather than dry conditions. But in this year of unprecedented circumstances, the spring saw warmer than average temperatures and heavy rain in many areas, just at the period when the vines were most susceptible to its effects.

2020 was an “early” year with the high temperatures in early spring seeing plant growth begin around 2-3 weeks ahead of the average schedule, which together with heavy spring rain saw almost tropical conditions in many regions such as Rioja, Cataluña and Galicia.   The only region that fully escaped damage was Ribera del Duero, where the altitude and extreme cold of the winter months means that bud-break occurs later, avoiding mildew damage in the wet spring weather.

Rioja Alta was the sub-zone most affected by mildew with our partner winemaker Gorka Etxebarria commenting that in the Rioja Oriental – the area where the grapes are grown that go into Finca Mónica – “Mildew had little effect on the conventionally grown grapes as it is a drier area, although parcels of organically grown grapes such as Tempranillo Blanco and Garnacha, were affected by mildew.»

In terms of quality, Gorka goes on to say, “The grapes were all in the winery by the 7th October. We can now say with satisfaction that – despite not being a trouble-free year-there is a great vintage in the making in the tanks. As we draw off the wines we see great clarity of juice and impressive aromatic intensity, plenty of colour and smoothness on the palate. The only thing that some wines perhaps lack is freshness, so we will have to carefully select the wines that go into barrels for longer ageing but the average quality is very good so we can be sure that the wines will be exceptional. “

The Regulatory Council reported that 85% of the harvest was in by the 6th October and they expect a total of 400m kg, slightly up on last year. Grape prices are reported to have fallen drastically as domestic sales, which are heavily dependent on the on-trade, have been hit by the pandemic.

From the higher altitude vineyards of Alpartir, the team at Frontonio believe they have better wines in vat than last year, which in turn were better than those of 2018, so Fernando Mora MW is very excited about the potential of the 2020 vintage.

In the DO Cava, the 2020 harvest finished on the 5th October, one of the earliest dates in recent years, with around 25% less grapes than 2019, a total of 240 million kg compared to 322 million last year. This was in part due to yield restrictions imposed by the Consejo and part due to mildew that hit the region – particularly the sub-regions of Alt and Baix Penedès and organic vineyards – although the DO’s technical department explained that the “dry weather over the months prior to harvest helped reduce the effects of mildew and resulted in good quality fruit – small berries with moderate acidity.”

Adrià Rabadà, President of our partner winery, Castell d’Or comments, “Every vintage is different but this one has been the most unusual ever for two reasons: Covid-19, which affected our work in the wineries and in the vineyard, as well as the sector’s sales. Then, in the vineyards, we were hit by outbreaks of mildew. Thanks to the professionalism, modernization and mechanization of the harvesting processes we were able to push forward to the maximum. Vinegrowers also suffered, particularly those who grow organic vines. These factors led to a smaller harvest in size, although the quality will be excellent and we will maintain the level of quality that our internationally awarded wines and cavas have enjoyed up until now. The grapes were in good health, with perfect alcohol levels, good levels of acidity and optimum yields.”

The production across the whole of Cataluña was affected by mildew, with yields down between 35 and 40% in Tarragona, Terra Alta, Priorat and Empordà.

Always one of the last regions to harvest, this year was no exception, with the Consejo reporting on the 1st October that 231 wineries were harvesting grapes, 77 had not yet started and only 22 had finished.

Although the grapes were already ripe, the harvest was delayed by heavy rain at the end of September and although there were concerns that this could lead to rot issues, fortunately the rain was accompanied by strong winds that helped dry off the fruit.

Production is expected to be 115 million kilos, 20% more than in 2019, including white varieties such as Albillo Mayor for the first time ever.

The winemaker at our partner winery in Aranda de Duero that produces our new Altos de Aranda brand comments: “this year we saw average temperatures run between 1 and 3ºC higher than historic averages, which led to early budbreak, with flowering also running around a week earlier than usual, and there was little or no spring frost. Rainfall was higher than average, particularly during April. In terms of the wines, the data received from the Regulatory Council reveals pH values in line with the averages, but higher malic acid levels than in 2019, helping make more stable wines that are suitable for longer ageing. The sugar levels were in line with previous vintage and colour indexes were higher. These factors indicate that this will be an excellent vintage, in line with those from 2019, 2014 and 2009.”

By the end of September, most of the early-ripening white grapes had been harvested such as Chardonnay, Sauvignon Blanc and Verdejo. These were followed by grapes such as Bobal and Garnacha, with the harvest continuing through October with Tempranillo, as lower baumé levels than expected in these grapes, particularly in the DO La Mancha, have led vine growers to keep the fruit on the vine for longer than is habitual.

Europe’s biggest vine-growing region predicts a production of 23 million hectolitres, reduced by outbreaks of mildew and yellow spider mite in some areas, although still slightly larger than 2019’s particularly small vintage, which was affected by frost and drought.

It was manpower rather than the weather that presented the greatest challenge, pickers were in short supply and in some areas, such as Ciudad Real, vine growers complained that the prices did not even cover costs.

Galicia was another area that saw a much earlier harvest than usual, with picking starting at the end of August in DO Valdeorras. Spring also saw outbreaks of mildew and botrytis, which affected production, although in general the harvest is expected to be of good quality. The size varied a lot according to the area: DO Monterrai saw a record harvest and the harvest is predicted to be around 15% larger than that of 2019 in DO Rías Baixas, whereas in Ribeira Sacra the harvest was around 15% smaller than an average year.