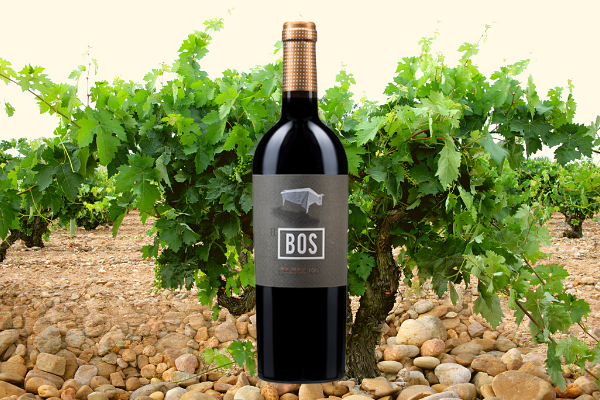 The new 2019 vintage of El Bos Tinta del Toro from DO Toro has just been released. Given the excellent conditions of the 2019 vintage, we are expecting great things from this wine. In fact, it has already won a gold medal from the America Wine Awards 2021.

In terms of the weather during the growing season, the winter of 2018/2019 was marked by around 18% less rainfall than average. Despite cold winter temperatures, there were no frost incidents of note. In April, rainfall was also lower and bud-break occurred about a week later than in the previous year, speeding up towards the end of the month before slowing down with a decrease in temperatures. May continued with cold temperatures and only 6 litres of rain across the whole month.

Flowering occurred between the 7-14 June, in line with historic averages, and despite a strong, cold wind, the level of fruit set was average, although the younger vines had a reduced number of bunches per vine.

By mid-June, about 11.5 litres of rainfall had fallen and signs were pointing towards a smaller harvest than the ten-year average.

Veraison occurred between the 5th and 15th August, a week later than in 2018, but in line with average dates.

Temperatures at the start of August were milder than usual with averages of 21-23ºC and maximums of 33ºC and little rain. Towards the end of the month there were storms and rainfall, although the temperatures did not increase.

Although the heat summation was lower than in the previous year, at 2,702 it was well about the minimum level required to ripen the grapes.

Harvest of the Tinta de Toro grapes started on the 5th September. Picking finished on the 31st October.

Warm daytime temperatures – up to 27ºC in September and 25ºC in October – continued, although nighttime temperatures fell to 6-7ºC at night. This meant that the grapes matured slowly, with a gradual decrease in acidity. Due to the lack of rain during the winter and spring the harvest was 14% smaller than usual, with 16.8 million kg picked.

The wines are moderate in alcohol for the region (14-15º) with moderate acidity and average pH values. On the palate, they are very fruity with a good structure, a good level of colour and smooth, well-formed tannins.

El Bos Roble 2019 underwent a long fermentation at 18-24ºC over 25-30 days – including pre and post fermentative maceration – in concrete tanks. It was then bled off to other concrete tanks for micro-oxygenation and malolactic fermentation, before being aged in French and American oak barrels for four months. It was clarified and filtered before bottling and spent 3-4 months to round off and polymerize the tannins before launch.

Please contact us if you’d like more information or samples of this wine, which always impresses due to its exceptional value-for-money.